Something I’ve been messing around with in the last few weeks is character advancement – the out-of-game way to show in-game growth for a character. Specifically, I’ve been thinking about the implications of advancement mechanics on the overall tone of a game.

Most games seem to follow the de facto advancement style, using experience points and levels and such. But even back in 1974 when this was first introduced (See OD&D), there were complaints from people who didn’t like the abstractness of it, or the bean-counting that was required by it. Pretty soon, plenty of other games were creating alternative systems for tracking your character’s experience. (Early games like Runequest, Traveler, and GURPS come to mind.)

Even in our more modern times, in the post-Forge/itch.io era of roleplaying, where everyday gamers create games, and most have meaningful discussions about game theory, it isn’t uncommon for a game to still fall back on the typical experience point system. Games that have totally reshaped the RPG landscape like Apocalypse World and Blades In The Dark still use XP points.

(To be fair, they have also done away with levels and created more individual paths towards character specialization: in AW for example, you can choose what you want to boost your stat in. These games have also streamlined the XP-gaining process, there are specific cues to gain XP, and you only need a few to gain a new improvement.)

But what I’ve been thinking about with character advancement isn’t really about a character’s in-game experience, or about whether XP is a useful metric for tracking it. What Apocalypse World, OD&D, Traveler, and a game like Troika! all have in common isn’t a similar XP system; these games all use drastically different ways of measuring character advancement.

What they do have in common is what that advancement is focused on.

WHAT IS ADVANCEMENT FOR?

I think the idea of advancement behind most roleplaying games (both mainstream and, to a lesser extant, indie games) is still based around the premise of acquisition.

In most games, when a character reaches that point of “leveling up” (whether or not that is the term they use,) and the character gains some kind of boost, it’s almost always about getting a better tool, getting better stat modifiers, or being better at fighting stuff. Occasionally, a game might shake things up by making a certain kind of advancement more focused on something like sneaking or using magic, but this is still rooted in the premise of getting better, in a seemingly endless pursuit for power.

I don’t necessarily have a problem with these kinds of games – most games follow this template, and I certainly play a lot of them. 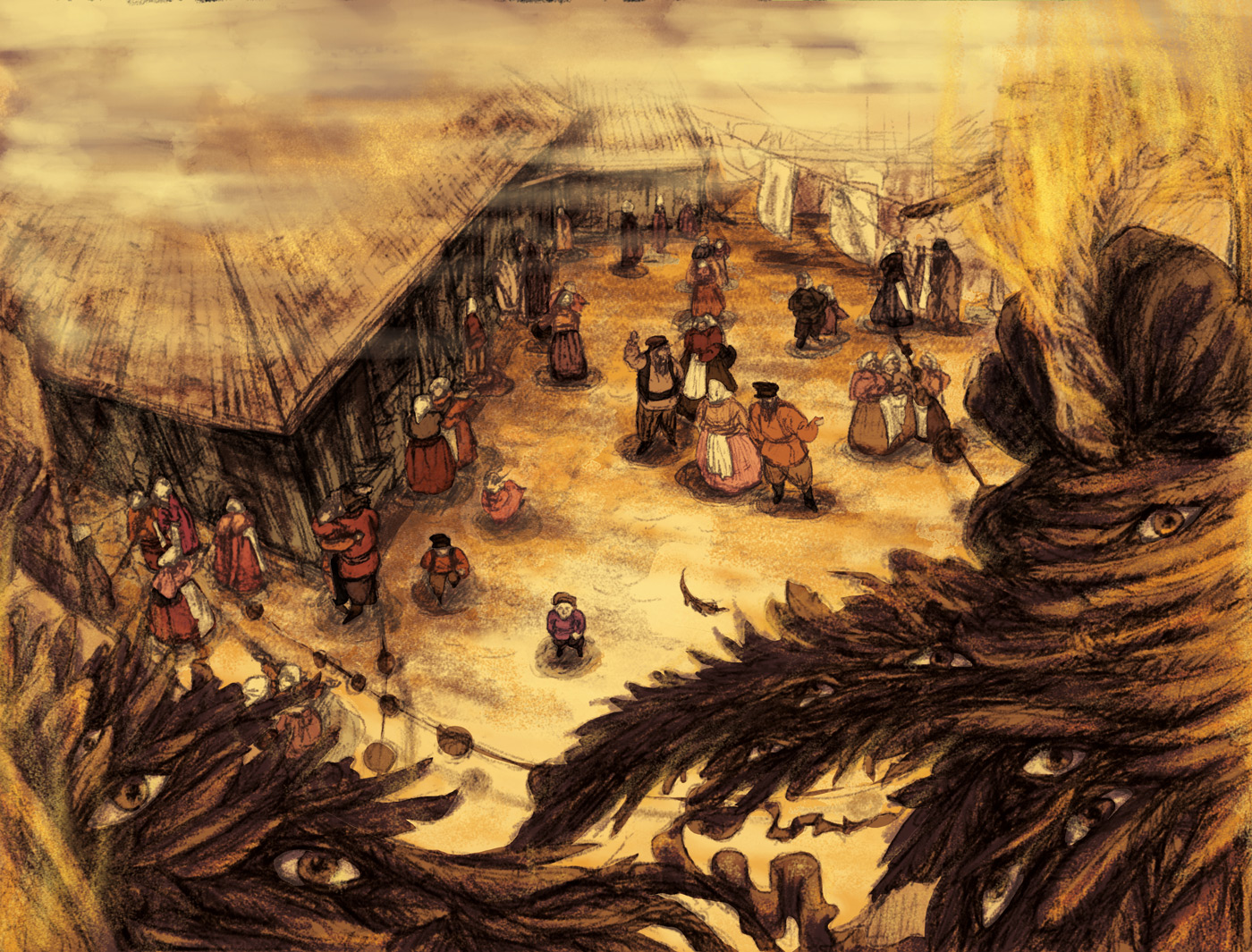 But I do think there is something to be said here about what kinds of stories these games are equipped to tell.

Benjamin Rosenbaum sums up this kind of game mentality well in his design notes for Dream Apart:

“The dice and the hex paper and the books with their lurid covers (fiery idols, muscled barbarians with swords) made it easy to tell a certain kind of story: dreams of conquest, of accumulating power and violence, dreams of being at the center; dreams in which you wielded the sword, whether for greed or vengeance or the smiting of evil.”

What games do when they tie advancement up with stat boosts and gear upgrades is promote a certain kind of story where the characters need to get better at doing things. If your character has a high stat in something like fighting, you’re going to want to use it.

As a result, the continual story arcs of these games will continue to focus on increasing drama and ever-higher stakes. It’s the same reason why a lot of shows start with characters of relatively humble beginnings and end with Demi-gods deciding the fates of the universe.

What these shows and games have in common is that their very premise is rooted in acquisition. It’s based on power, fame or capital. These are what most games that have any long-form play-style focus on. They’re inherently based on a desire to improve and become larger. More stat boosts mean more fighting, more gold, more.

THE PURSUIT OF EXPERIENCE

So, what is the alternative? If a game isn’t going to focus on becoming a bigger, badder version of yourself, then what is it focused on?

To be honest, I’m not totally sure. I haven’t encountered too many games that ask this question. There are some that come to mind that play with this idea, but I haven’t developed fully formed thoughts on this whole thing yet.

I know that what I’m not looking for is games that just change up the method of gaining experience but don’t mess with the fundamental nature of what that experience is then used for. An example of this is Over The Edge. It offers a really interesting way to advance (you choose to advance when it feels appropriate for the story) but it’s still based on the idea of becoming an expert in something, which you can then use in turn to affect the world around you. It’s still focused on the accruement of power.

I guess I’m leaving this post with that question. I’m probably going to spend some time thinking about this, so I’ll be in need of games or design thoughts to look at and dig deep on. I’m excited to see where this takes me. This isn’t something I have read a lot about on any discussions, so I’m wondering if this is kind of uncharted territory. I’d love to have some dialogue about this, so if you have any thoughts definitely let me know!

And of course, if you have any suggestions for games that address this idea, drop a comment or reach out to me!